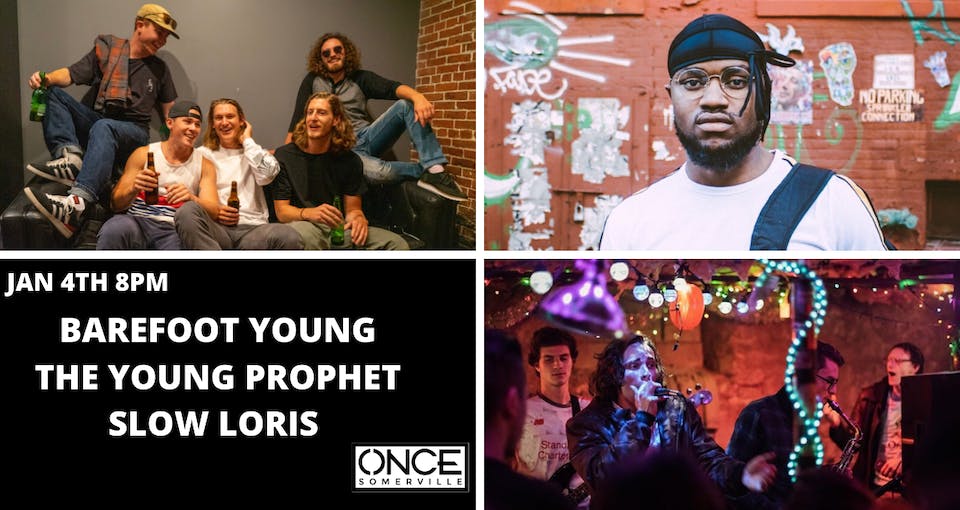 iCal
Google
Barefoot Young, The Young Prophet, and Slow Loris at ONCE Lounge

Barefoot Young is a Boston based band consisting of 3 friends that have been playing together for 12 years. Filling out there live sets are Derek Bolivar (Vocals and bass), Ian Howard (guitar), Joe O'Neil (Keyboards), Kevin Penkala (Vocals, perc.) and Ben Taylor (drums). BFY has combined sounds from 3 different genres: Rock, Indie, and Pop. With their high-voltage shows and stage presence they have earned quite the rap in the Boston/Portsmouth areas.

The Young Prophet is 24 year old rapper from South Windsor, CT. This hockey player turned rapper dropped his first mix tape 3 years ago. He was inspired at a young age by artists like Mobb Deep, Kanye West, Andre 3000 and more. He uses trap inspired sounds and mixes them with good lyrics and wordplay.