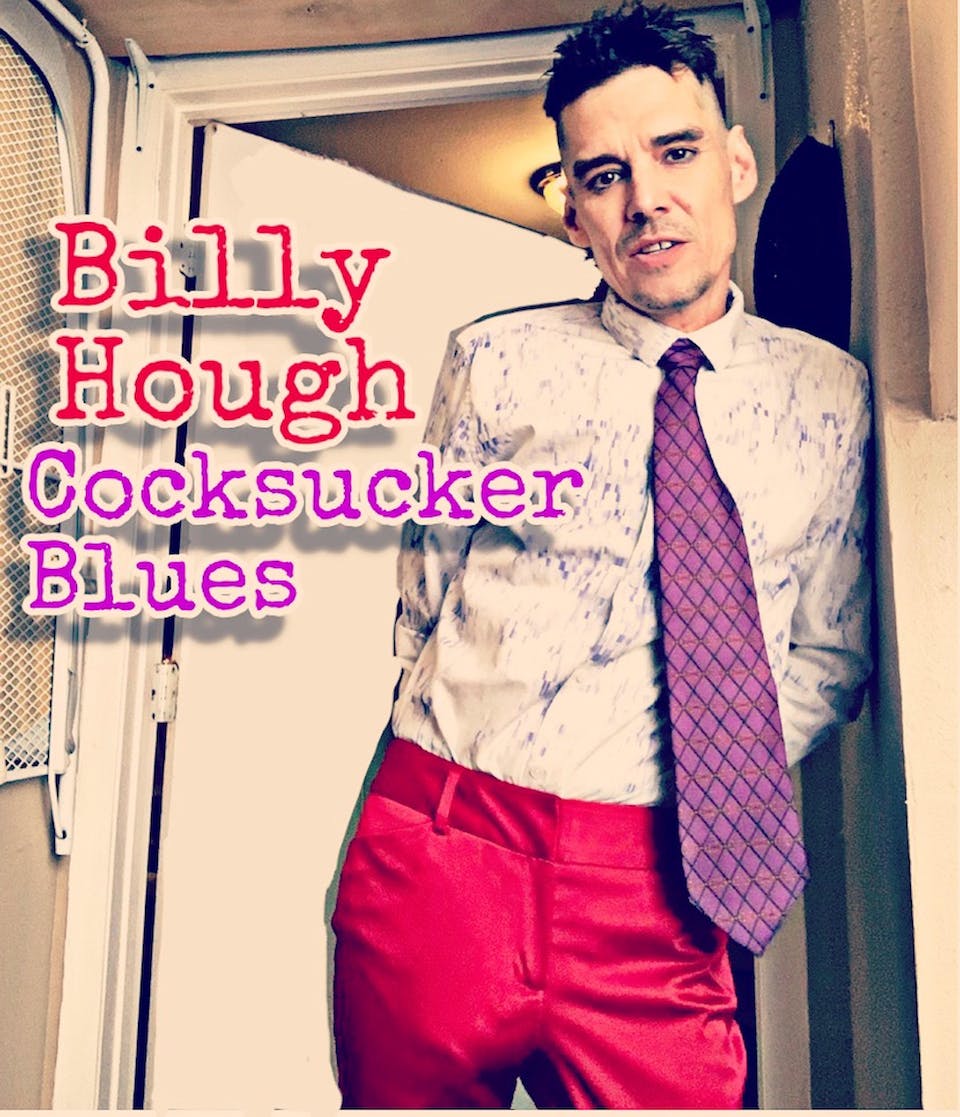 In his first one-man show, Billy Hough (Scream Along with Billy) graphically explores his lifelong experiments with both sexes, and the hilarious mistakes he’s made (both sexual and romantic). Featuring his own music (from his iconic break-up album “Venice”), and a mix of songs from “Hair” to Bob Dylan, “Cocksucker Blues” is a biting, hysterical journey into the most personal areas of our lives, and our universal need for companionship. It’s not a show for the faint of heart.

Billy Hough is the lead singer of the punk band GarageDogs, and has become a legend in NYC and Provincetown as one-half of ‘Scream Along with Billy’ (with Susan Goldberg). He has composed music for many films and performs cabaret all over the country. A founding member of the Gold Dust Orphans, he has also composed music and lyrics for many musicals, and occasionally performs ‘Hamlet’ when people let him.