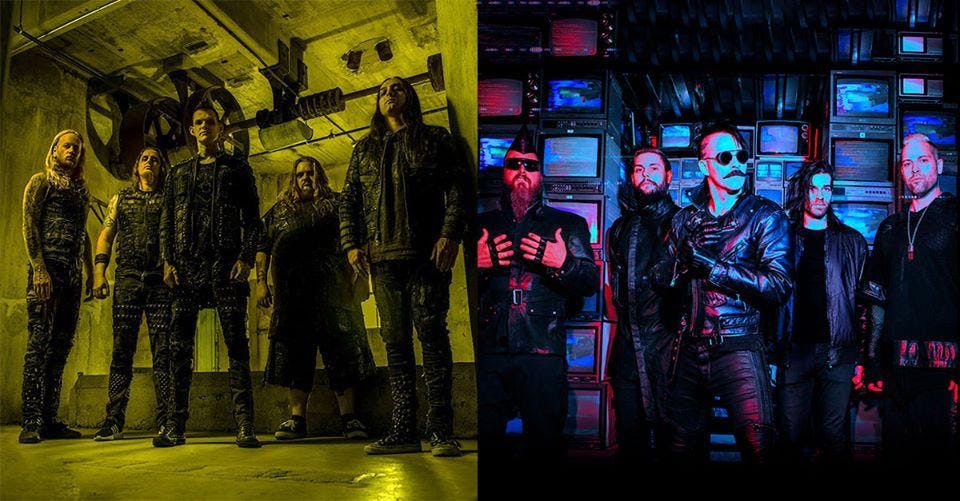 A punishing deathcore group based out of San Diego, Carnifex's uncompromising blend of traditional death metal and metallic hardcore is built on a foundation forged by severe metal luminaries like Slayer, Carcass, and In Flames. Emerging in 2005, Carnifex issued a pair of well-received albums before lurching out from the underground with their uncompromising third studio effort, 2010's Hell Chose Me. Subsequent outings like Die Without Hope and World War X continued to mine the depths of extreme metal, adding symphonic black metal to their already formidable sonic arsenal.

Carnifex formed in Fallbrook, California, in 2005 around the talents of Scott Lewis (vocals), Shawn Cameron (drums), Rick James (guitar), and Kevin Vargas (bass). After the band released a self-titled demo through Enclave Records, James and Vargas departed and were replaced by bassist Steve McMahon and guitarist Travis Whiting, resulting in the 2006 EP Love Lies in Ashes. The group inked a deal with This City Is Burning Records in 2007 and released their full-length debut, Dead in My Arms, during which the band recruited a second guitar player, Jake Anderson, for a tour that included dates with Whitechapel and Emmure.

The following year, Carnifex signed with Victory Records and endured another lineup change with the departure of McMahon and Anderson and the addition of Fred Calderon and Ryan Gudmunds. The group's sophomore outing, 2008's The Diseased and the Poisoned, peaked at number 19 on the Billboard Heatseekers chart, while their third release, 2009's Hell Chose Me, sold over 3,000 copies in its very first week. The well-received Until I Feel Nothing arrived in 2011, followed in 2014 by their critically acclaimed fifth long-player, Die Without Hope, issued by Nuclear Blast. 2016's lumbering Slow Death saw the band refining their sound, expanding on some of the classical and electronic elements that began creeping in on Die Without Hope. In 2019, Carnifex released World War X, which marked a return to the kinetic deathcore attack of their earlier work while maintaining an icy sheen of blackened symphonic metal. ~ James Christopher Monger, Rovi

American quartet 3Teeth emerged from the shadows of the Los Angeles underground to inject some industrial grit back into the local music scene. With their outspoken socio-political stances, leather-bound aesthetic, and unflinching message, they were able to capture an audience both on a small scale and up the metal food chain with famous fans like Tool and Rammstein. With each successive release, they polished their corrosive attack, expanding their industrial-metal sound with 2017's sophomore release shutdown.exe. By 2019, they joined the company of Nine Inch Nails and Marilyn Manson, recruiting famed industrial producer Sean Beavan for Metawar.

In 2013, after vocalist Alexis Mincolla and keyboardist/producer Xavier Swafford met at one of Mincolla's underground "Lil Death" parties, they got together to form the transgressive artistic collaborative. Along with drummer Andrew Means and guitarist Chase Brawner, they created an all-inclusive experience wherein they self-produced all their music and visuals, including their videos, which served as biting social commentary and tongue-in-cheek propaganda, similar to Rammstein or Tool. Their sound strikes a familiar tone for anyone who is a fan of early-'90s Wax Trax or the pop-industrial trinity of Ministry, Skinny Puppy, and Nine Inch Nails. In June 2014, they released their self-titled debut, which was quickly followed by a remix collection in October of the same year. 3Teeth were in the midst of recording a second LP, but fate took them down a different path: after a chance meeting with Adam Jones (Tool) at a wedding -- Mincolla and Jones were both in the groom's party -- the band was invited to open Tool's 2016 tour with Primus, opening 3Teeth up to a much wider audience. After the conclusion of the trek, 3Teeth returned to the studio and unveiled "Degrade" -- the first taste of their sophomore effort shutdown.exe, which arrived in May 2017. Following stints opening for Rammstein, Danzig, and H.I.M., the band got to work on their third album, recruiting shutdown.exe mixer Sean Beavan (Nine Inch Nails, Marilyn Manson) as producer. Metawar (Century Media) was issued in July 2019, just as the band hit the road with Ministry. The typically caustic set included the singles "American Landfill" and "EXXXIT," as well as their subversive take on Foster the People's "Pumped Up Kicks." ~ Neil Z. Yeung