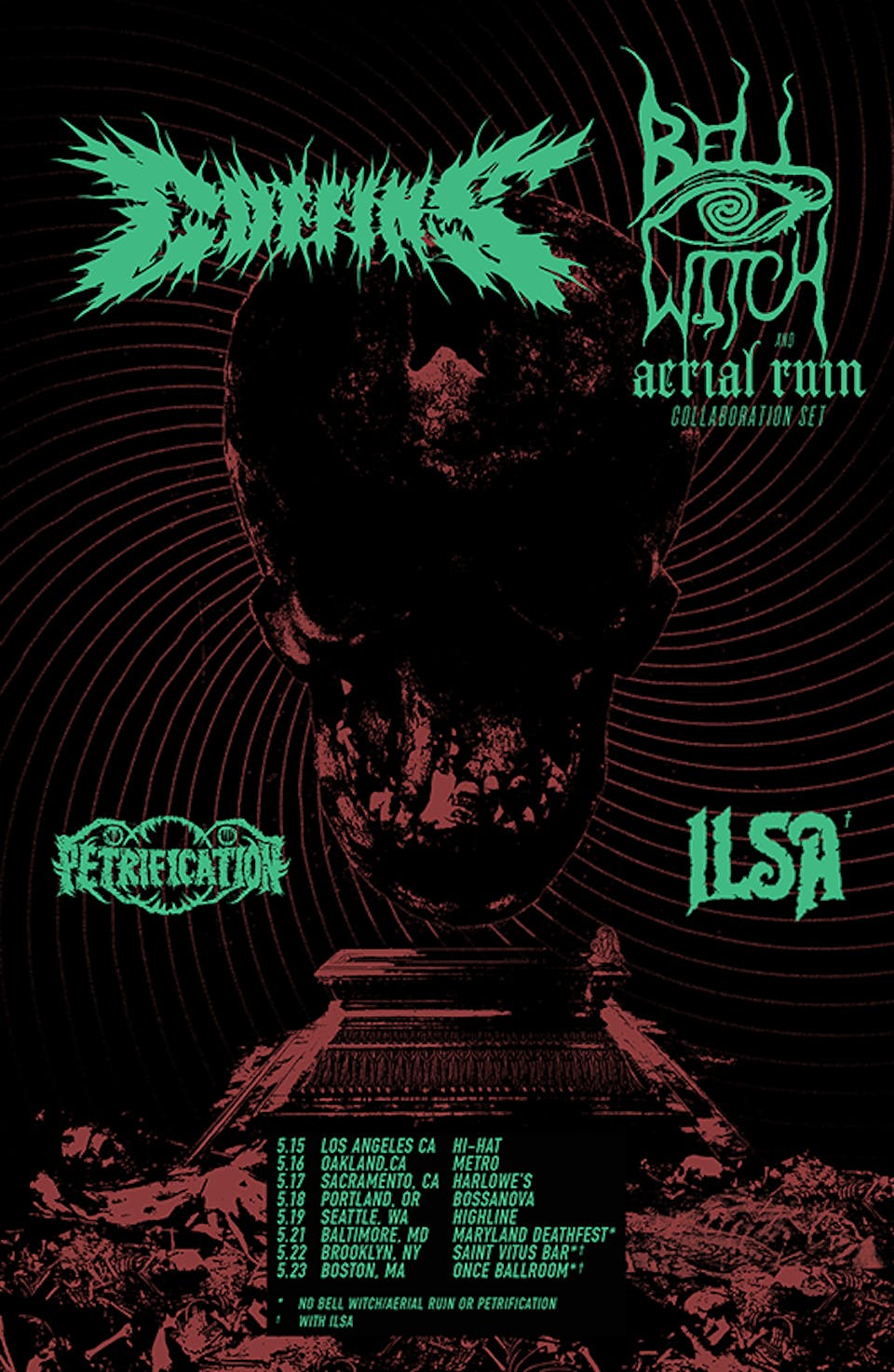 iCal
Google
Coffins at ONCE Ballroom

Due to circumstances beyond our control this show has been cancelled. Refunds are automatically being issued. If you purchased with credit card please allow 7-10 business days to process.  If you purchased your ticket with cash you will need to pick up at the venue at a tbd future date.

Japanese death metal trio Coffins came into being in 1996 after both a name and a lineup change. Originally formed under the name Compromise You Need and taking its musical cues from Swans and Scorn, the group changed its name to Coffins in 1996 and played its first show under the new moniker in December 1997. At the time, Uchino (guitar, vocals) played drums. He moved into position as frontman in 1999 when the band recruited You (drums) to replace him behind the kit. That same year also saw the band shift toward a doom metal sound inspired by Cathedral and Kyuss. However, all of the members were also working with other acts, and Coffins went on hiatus in 2000. The members regrouped in 2003, completed their musical shift into death metal, and brought Sentou aboard as bassist. Their first full-length album, Mortuary in Darkness, was released on the U.S. label Razorback in 2005; in December of the same year, Sentou left Coffins, citing musical differences. He was replaced on bass by Koreeda, who joined a month later and helped Coffins release their second album, The Other Side of Blasphemy, in September 2006. Two years later, Buried Death was released on the 20 Buck Spin label. ~ Katherine Fulton, Rovi