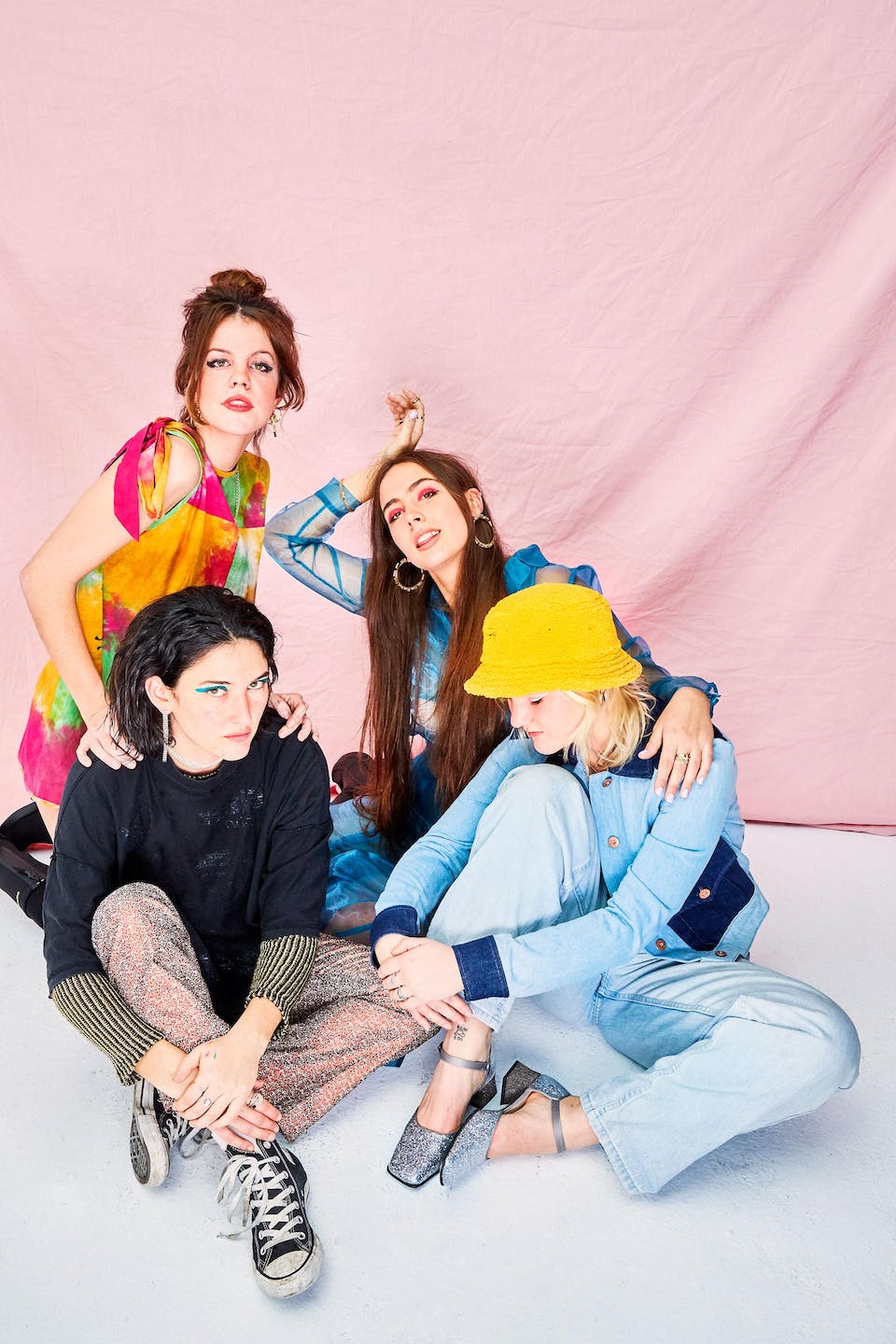 iCal
Google
Hinds at ONCE Ballroom

Hinds are a four-piece garage pop band based in Madrid, Spain consisting of Carlotta Cosials (vocals, guitar), Ana Perrote (vocals, guitar), Ade Martin (bass, backing vocals) and Amber Grimbergen (drums). Hinds’ breakout debut album Leave Me Alone was an album of party anthems drenched in metaphors. With their forthcoming sophomore record I Don’t Run, it’s time to cut straight to the chase. Some might expect them to write songs about being happy, young and carefree – “but we're not satisfied with that,” explains guitarist Ana Perrote. “On this album the struggles are clear. We want to be brave.” I Don’t Run is Hinds’ return with an honest reflection on a period that changed their lives beyond their wildest imaginations. Since 2014, the band has been on a globe-trotting run. They’ve never professed to being error-free, and they're all the more brazen for it having survived everything that’s been thrown at them: world tours, sold-out crowds, harsh criticism, sexism, and all that lies in-between. Hinds have become better musicians, tighter friends and tougher characters.

Every ticket for this show includes a digital download or CD copy of Hinds’ new album, The Prettiest Curse (available June 5, 2020). You will receive an email with more details about this offer approximately 7 days after your purchase. US/Canadian residents only. Offer not valid on resale tickets.