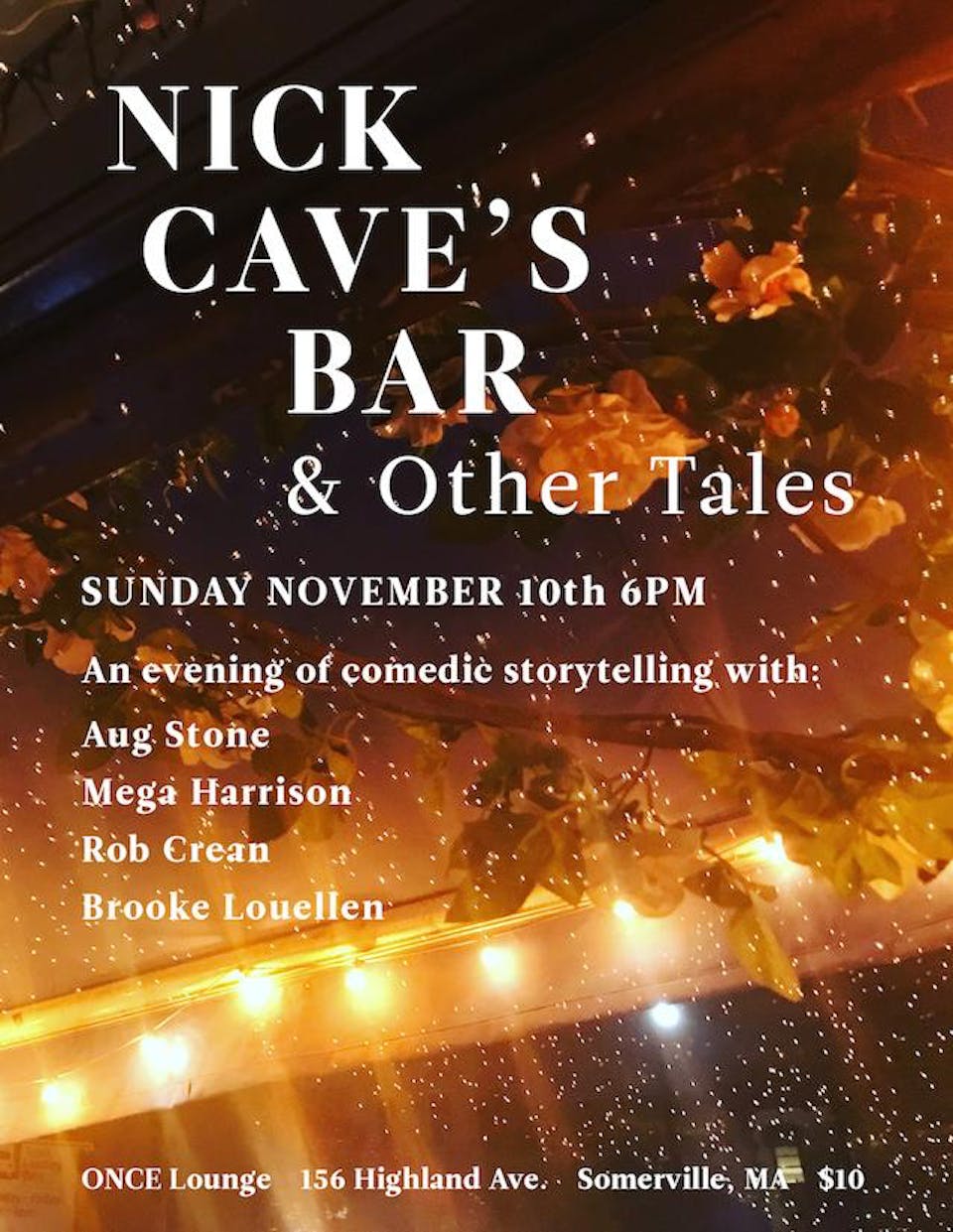 In 1999, Aug Stone & his best friend traveled from Boston to Berlin on a quest to find the bar they’d been told Nick Cave owned. Instead of cocktails at this mythical locale, what followed were nine days of confusion, thwarted plans, and perpetual drunken misery. On November 10th, Stone will be recounting the tale of this extreme misadventure, with other stories by fellow comedians Mega Harrison, Rob Crean, & Brooke Louellen.

Aug Stone is a writer, musician, & comedian. He performs comedy as Young Southpaw and as himself. Although seemingly ill-fated at the time, Stone’s Berlin trip never quelled his taste for adventure as he went on to tour the world, and echoes of Nick Cave’s bar permeate his monologues and comedy novel Off-License To Kill. Stone has written for The Quietus, Under The Radar, The Comics Journal, Red Bull Music Academy, and many other sites and mags. He’s been in a lot of bands, most notably H Bird and The Soft Close-Ups. Check out all of these and more at http://www.augstone.com

Mega Harrison became a comic because she told someone she already was one. The crushing anxiety of living with such a spurious claim forced her into a life of publicly confiding her secrets for the amusement of strangers. Tonight’s tale of heartbreak and allergies sees decades-long romantic delusions come crashing down all because one day she touched a mango.

Local personality Rob Crean hosts several weekly shows including ‘The Gas at Great Scott every Friday. His comedy is sad and silly.

Brooke Louellen charms audiences with hilarious tales of dating disasters, womanly woes, and the Mississippi misadventures of her outlandish Southern family. Spinning these together with whatever else she feels like sweeping in, one never knows where Brooke’s wild spirit is heading, except to laughter.

Come on out, Boston! The Brooklyn show was a huge success and a lot of fun. 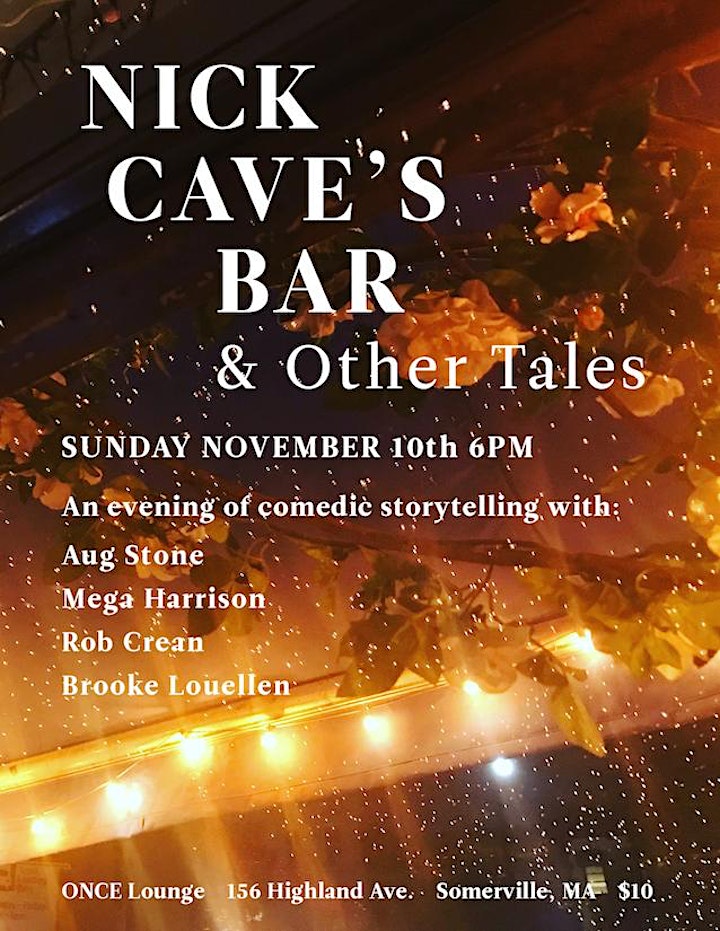