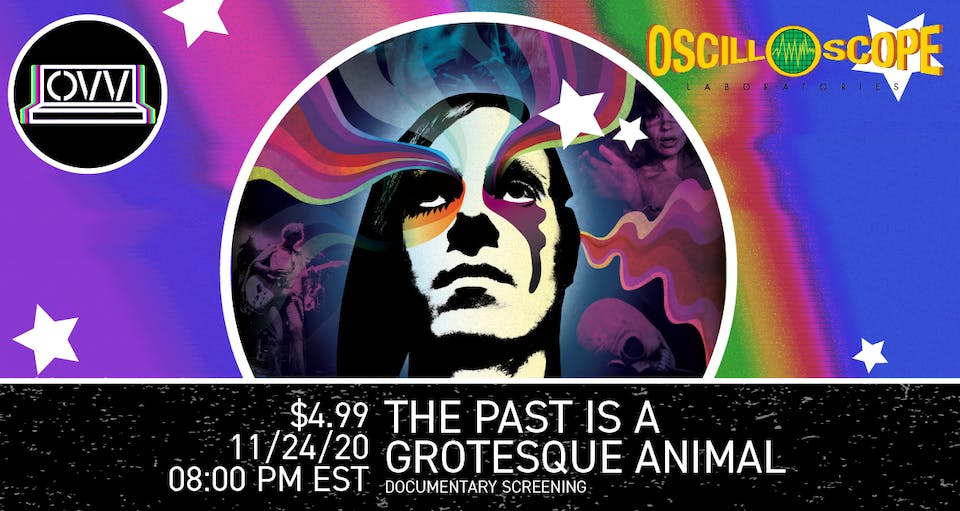 Oscilloscope Tuesday Takeover x OVV: The Past is a Grotesque Animal

iCal
Google
Oscilloscope Tuesday Takeover x OVV: The Past is a Grotesque Animal

Rating: Not Yet Rated by the MPAA

THE PAST IS A GROTESQUE ANIMAL is a personal, accessible look at an artist - Kevin Barnes, frontman of the endlessly versatile indie pop band of Montreal – whose pursuit to make transcendent music at all costs drives him to value art over human relationships. As he struggles with all of those around him, family and bandmates alike, he’s forced to reconsider the future of the band, begging the question – is this really worth it?