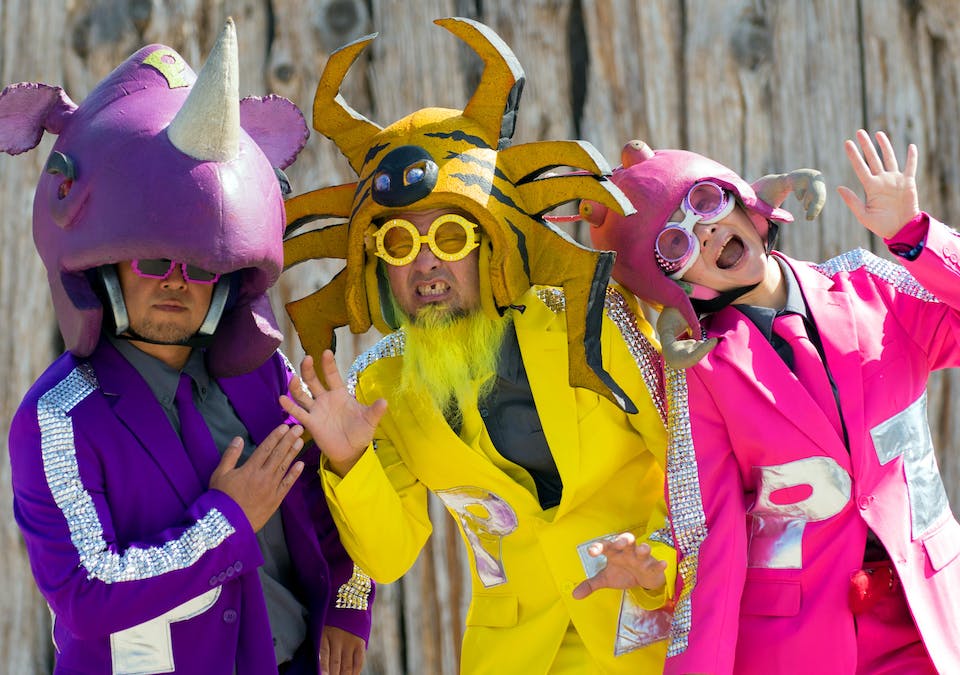 Due to circumstances outside of our control, we regret to inform you that Peelander-Z has been postponed until further notice. Hang on to your tickets, we'll email you as soon as a new date is announced.

Peelander-Z is the Japanese Action Comic Punk Band based in Austin, TX. The band formed in 1998 in New York City and has been releasing happy party music to make everyone smile. They have toured extensively in North America, Japan and Europe. Peelander-Z has appeared at major music festivals including Bonnaroo and the Vans Warped Tour and has also been featured on TV programs such as Comedy Central's “Upright Citizens Brigade” and ABC's "Gong Show" among others. The band has also been covered by SPIN, Rolling Stone, Village Voice and NPR among many others. Their song "E-I-E-I-O" has been featured in a TV commercial in 2016. Also, a feature documentary about Peelander-Z entitled “Mad Tiger” screened in the world in 2016. At its live shows, Peelander–Z guarantees intense audience participation and a chance to exercise. You'll see the band in colorful costumes, though they describe their outfits as their skin. You'll also see human bowling and all around insanity. A Peelander–Z performance is a rare occasion for the entire family to rock out and have a great time.

Their newest album "Go PZ Go" was released on June 2, 2018 on Chicken Ranch Records. The band is currently working on a new 7inch to celebrate their 20th anniversary, which will be released in early 2019.