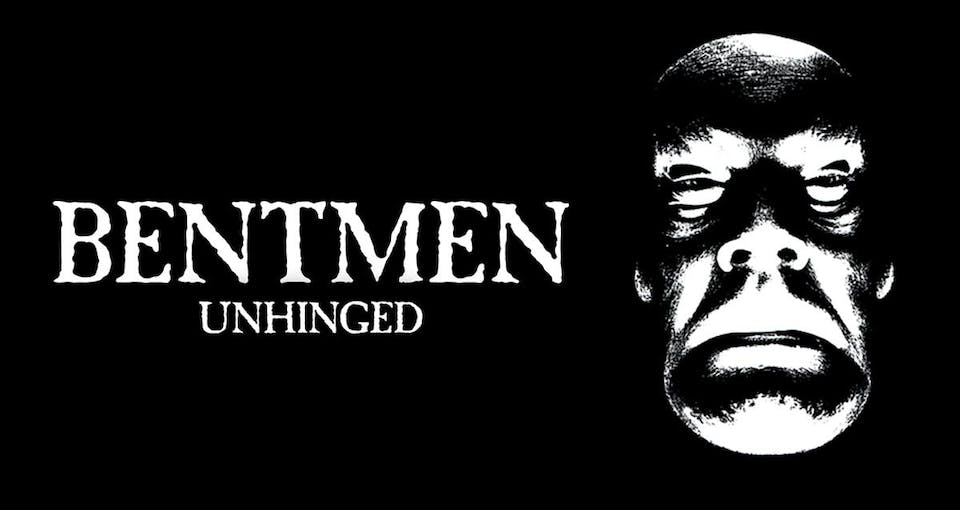 Bentmen return to the Once Ballroom for their latest artistic assault on the senses, UNHINGED, following their triumphant sold out show there in 2017. Since 1983, Bentmen have been thrilling and bewildering audiences with their intense tribal drumming, pyrotechnic guitars and mind-bending immersive theatrics. They will be premiering new songs from their forthcoming studio album along with classics from their demented catalog.

"Long before the Blue Man Group, there was The Bentmen." - The Boston Globe

"One of the most outrageous rock shows in the country." - The Village Voice

"I'm not sure what this freakish mockery of nature is, but it scares me..." - The Global Muse

"The Bentmen have long been an enigma in the Boston rock scene. This rock band/performance art troupe mix disturbing, dadaist, psychedelia with a grotesque stage-show resulting in a blistering, confusing and often mesmerizing performance. Each show is a themed extravaganza with stage design and costuming that could only be described as disturbing and worrisome. Bentmen shows are paganistic affairs where people get tarred, feathered and dragged to the stage to partake in ritualistic body shavings. The Bentmen have wowed crowds of tens of thousands at outdoor festivals and sold out almost every club in town over the years -- well, those who dare." - Joe Bonni, The Weekly Dig

"Even *I* wouldn't wear what those f***ers were wearing!" - Steven Tyler, Aerosmith