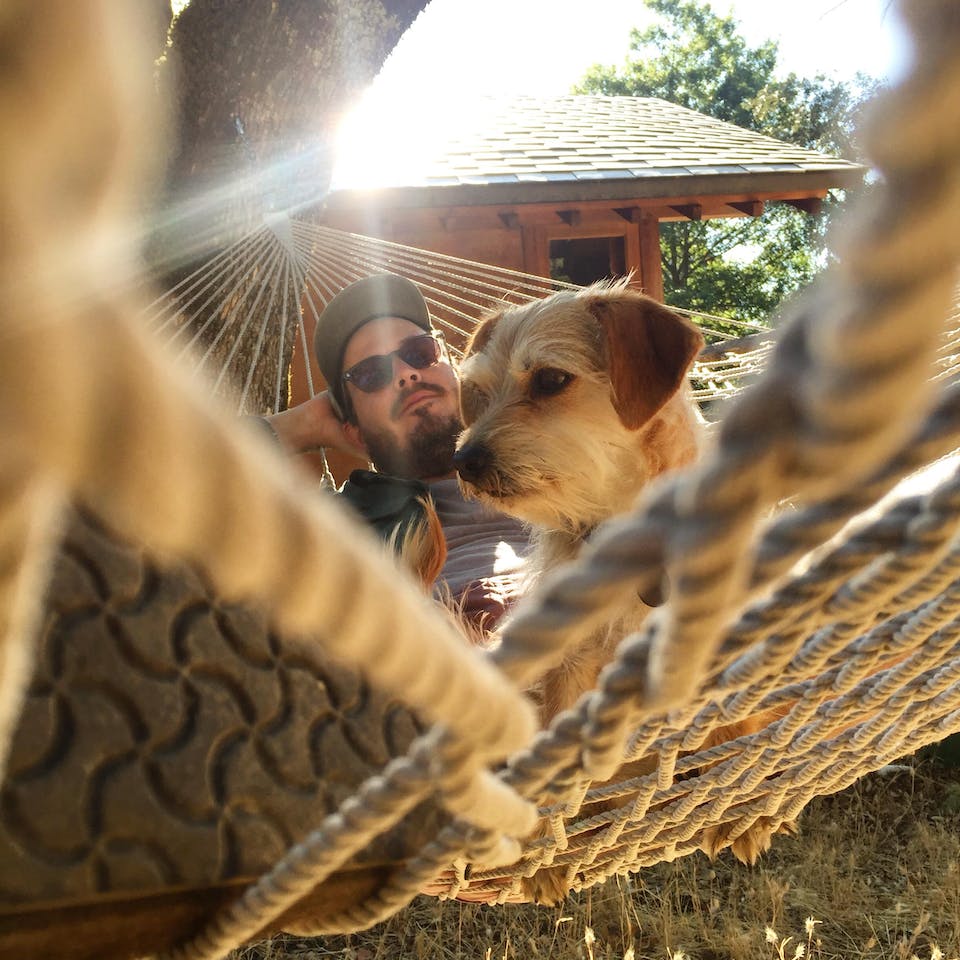 Based around the rootsy and searching songwriting of bandleader Andy Cabic, Vetiver was included in the earliest waves of the freak folk movement due to their strong ties to fellow Bay Area artists like Devendra Banhart and Joanna Newsom. The group slowly established a solid lineup as Cabic's songwriting continually evolved, moving from more traditional folky beginnings to include more electronic and rock elements by the time of 2015's Complete Strangers.

Cabic got his start in the D.I.Y. indie rock scene forming his band Raymond Brake in his native Greensboro, North Carolina, in the early '90s. The Raymond Brake's noisy, Sonic Youth-influenced take on indie rock was a natural fit with both the Chapel Hill art-punk scene and the influential Washington, D.C.-based indie label Simple Machines, which released the band's debut album, Piles of Dirty Winters, in 1995. After a handful of EPs and one more album, 1996's Never Work Ever, the Raymond Brake broke up and Cabic migrated westward, eventually settling in San Francisco.

While studying at the San Francisco Art Institute, Cabic met fellow student Banhart and instantly established a close working relationship with him. Playing shows with Banhart, Joanna Newsom, Six Organs of Admittance, and others, Cabic started writing songs for his new project, Vetiver, named for a relative of lemongrass that's used in perfume making. He added Banhart on guitar and backing vocals, Jim Gaylord on violin, and Alissa Anderson on cello, and the band -- with Cabic's vocals, banjo, and acoustic guitar -- released its self-titled debut on the DiCristina label in 2004. (The album, produced by Thom Monahan of the Pernice Brothers, also included guest spots by Newsom, Mazzy Star's Hope Sandoval, and former My Bloody Valentine drummer Colm O'Ciosoig.) As the freak folk movement gained steam and Banhart's worldwide acclaim grew, Vetiver's association with him would bring them new fans as well. In addition to Banhart's musical contributions to Vetiver's albums, Cabic co-wrote Banhart's breakout song "At the Hop," and Banhart paid tribute to his friend's band in the song "When the Sun Shone on Vetiver."

Vetiver was followed in 2005 by an odds-and-sods collection called Between, which included two live tracks, a new version of a song from Vetiver, and a cover of Fleetwood Mac's "Save Me a Place." For Vetiver's second full-length album, 2006's To Find Me Gone, Cabic finally added a drummer, Otto Hauser, and bassist Kevin Barker to the core trio of himself, Banhart, and Anderson. After the album was released, Cabic introduced a stable, full-time recording and touring lineup of himself, Anderson, Hauser, new guitarist Sanders Trippe, and new bassist Brent Dunn. In 2008, the band released A Thing of the Past, a collection of covers of songs by artists who had influenced the group's music, including Michael Hurley, Ronnie Lane, and Townes Van Zandt.

The band's next album, Tight Knit, was released by Sub Pop in 2009, and Vetiver remained with that label for 2011's The Errant Charm, whose breezy, casual sound was inspired by Cabic's frequent walks around San Francisco's Richmond District. He returned in 2015 with sixth album Complete Strangers, again produced by sole Vetiver producer Thom Monahan. The album found Cabic integrating more electronic sounds into his laid-back folksy songwriting. After touring extensively with the full band in support of the album, Cabic embarked on several stripped-down tours with longtime friend Eric D. Johnson of Fruit Bats. These intimate shows would find both songwriters on stage, trading songs and backing each other up with just two acoustic guitars and supportive harmonies. The chemistry between the two was warm and captivating, and the shows were a big enough hit with fans that during a morning off on one of these tours, the duo took to a studio and tracked six songs in this minimal style. The session resulted in an EP entitled In Real Life (Live at Spacebomb Studios), which was released jointly under the name of both bands in early 2019. Before the year was up, the seventh Vetiver album, Up on High, materialized. Informed by several moves, the album returned to the more folksy and organic tones of earlier Vetiver material. ~ Stewart Mason, Rovi